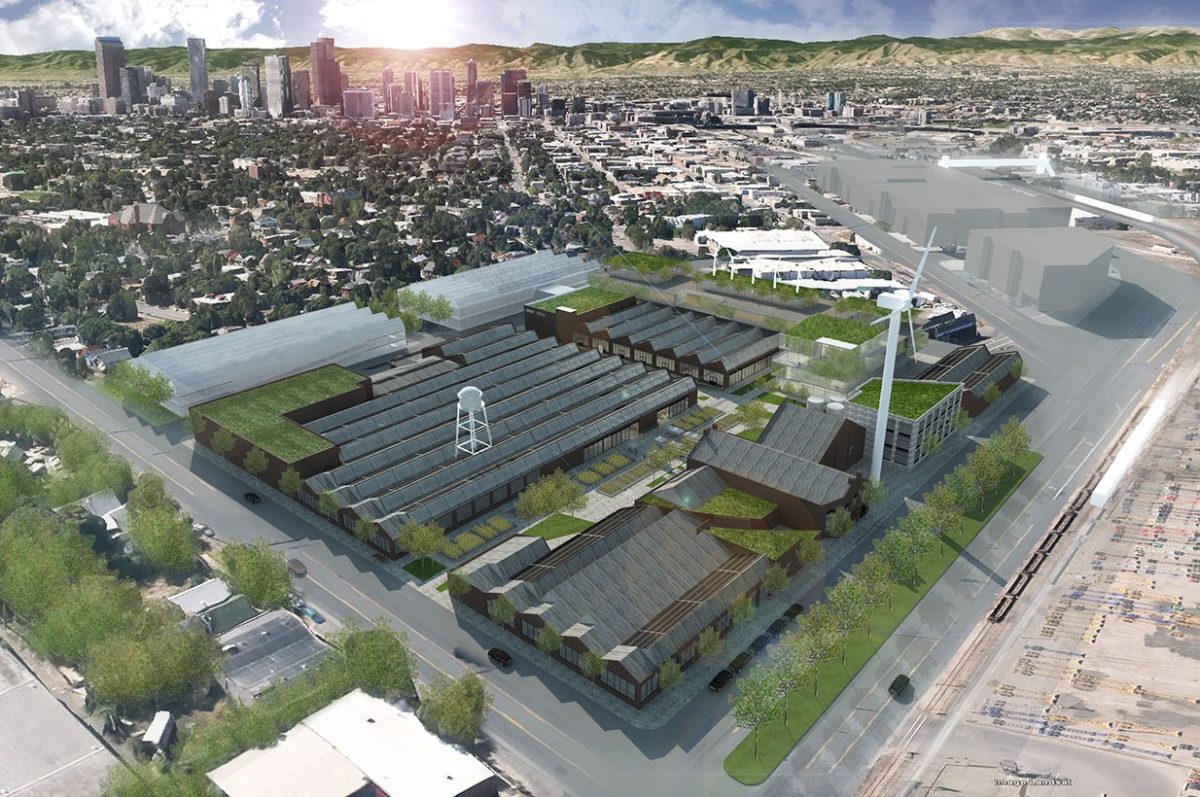 This month we take a look at mixed-use development projects in Denver and Boulder that meet the needs of modern retailers, urban residents, and office space seekers. In this part 2 of 2 (read part 1), we feature the Denver development Denver Rock Drill and S*Park.

The 9-acre Denver Rock Drill site, located in the Cole neighborhood near East 39th Avenue and Franklin Street, will include 150,000 square feet of offices, 65,000 square feet of retail, 180 residential units, and 175-unit Sage Hospitality hotel, and is slated to break ground in early 2018.

The land, which is owned by the Weiss family, was formerly the manufacturing site of rock drilling and mining equipment. Sanders Development, a new offshoot of one of Colorado’s top general contractors, is partnering with the Weiss family on the $250 million development.

The final product will include a mix of old restored buildings and new construction. Many of the historic brick buildings and machine shops will be retrofitted for office and retail. The Weiss family, which has owned the property since 1992, will relocate its active business, Porta Power, to a property in Commerce City.

Construction on Denver Rock Drill is expected to begin early 2018.

Other mixed-use development projects in Denver include S*Park, which broke ground in June 2016, reveals another trend driving development in the area: the sustainable and active urban lifestyle. Located on a 2-block piece of land at 26th and Lawrence in Curtis Park, the property was purchased from Denver Housing Authority by Curtis Park Group for $7 million. The site was formerly known as Sustainability Park.

Eight townhomes and 91 condos will be available for sale with amenities like a private central park, community gardening space, a shared state-of-the-art greenhouse, and solar power. The development was designed with the sustainable, urban lifestyle in mind. With parking sequestered underground and the central park, there is no thru traffic or cars to deal with.

The space below the greenhouse will be leased to the famous Austin, Texas-based sushi restaurant, Uchi.

Open modal
Be your own commercial real estate expert.
Get access to BOOM's free monthly round-up of real estate market trends, including hot listings and closings.
Your email address is secure.
Go Back