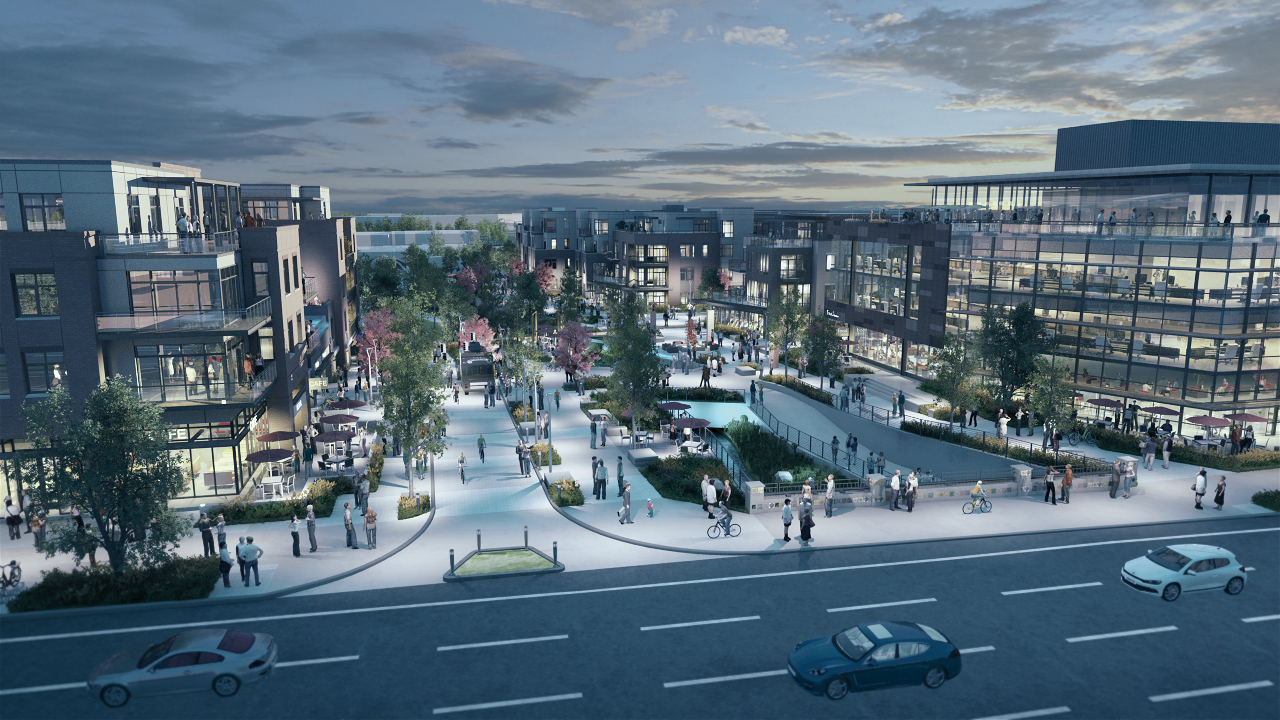 This month we will take a look at a mixed-use development project in Boulder and Denver that each shed light on the desires and trends of modern retailers, urban residents, and office space seekers.

This week, we review Rêve, the expansive 6-acre mixed-use development project in Boulder that was approved by the city in January 2016.

In this impressive, Sims-style visual fly-though the plan shows a vast sprawl of retail, housing, and office attracting a mix of cyclists, shoppers, employees, and more. The plans are ambitious: 240 residents (studio, 1-, 2-, and 3-bdrm), 24,500 square feet of retail, and 108,700 square feet of office space along with green space, bike paths, and plenty of outdoor living (did you catch the rooftop pool?). The Goose Creek ditch running west to east is a focal point of the design.

Located on the southeast corner of 30th Street and Pearl, the proposed development will replace the office suites on the corner of 30th and Pearl as well as a handful of vacated commercial buildings to the south stretching all the way to Kristy Sports. Neighboring the development will be Google’s new offices to the west and the recently developed Boulder Junction to the east.

Rêve is just one recent mixed-use development project in Boulder helping to revive the 30th Street corridor. Anchored by the arrival of Google, developers have been scrambling to meet the expected increase in housing needs for affluent Google employees. Boulder has no shortage of development proposals to review, as seen in the city’s development review map.

With developments like Rêve, Velo Park, the Pollard project, and Boulder Junction (which includes Depot Square), one might speculate whether Boulder is approaching multi-family saturation. What does the data say? 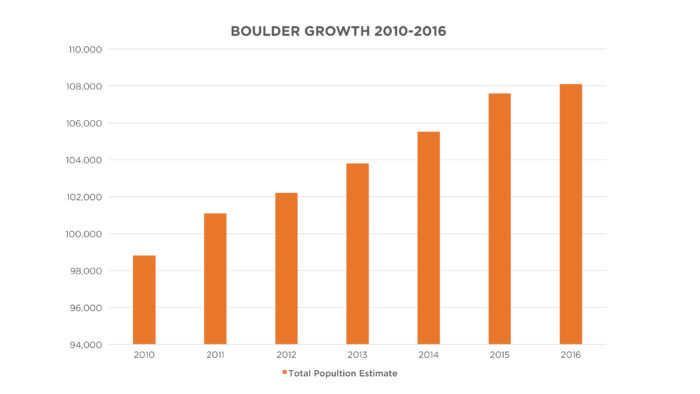 2015-2016 saw the first slow down, if ever so slight. Some attribute the ebb to economic hits from oil and gas, but the economy is diversified enough through tech, health services, and other business to make up for the losses.

A recent housing market analysis by the city of Boulder suggests that the market value of apartments, compared to detached homes and condos, has grown steadily since 2006, creating an incentive for developers to build apartments.

Also, Millenials, encumbered in student debt and delaying marriage, continue to put off home buying homes. Not to mention, the median price of a single-family home in Boulder exceeds $1M.

Southern Land Company, the Tennessee-based developer behind Rêve, believes these trends and data support their investment. They paid $3.1 million for 3000 Pearl Street location and plan to break ground in August or September of this year. The project is expected to be completed mid-2019.

If you are interested in breaking into Boulder’s robust multi-family investment market, BOOM would be happy to help. Partner Todd Walsh has closed over 20 MUH transactions since 2011: this amounts to over 30 buildings, 100 units, 280 bedrooms, 114,00 square feet, and $32 Million in volume.

Or, if you have interest in one of the unique retail or office spaces available at Rêve, give us a call. Interested tenants can begin booking space starting in 2018.

Open modal
Be your own commercial real estate expert.
Get access to BOOM's free monthly round-up of real estate market trends, including hot listings and closings.
Your email address is secure.
Go Back