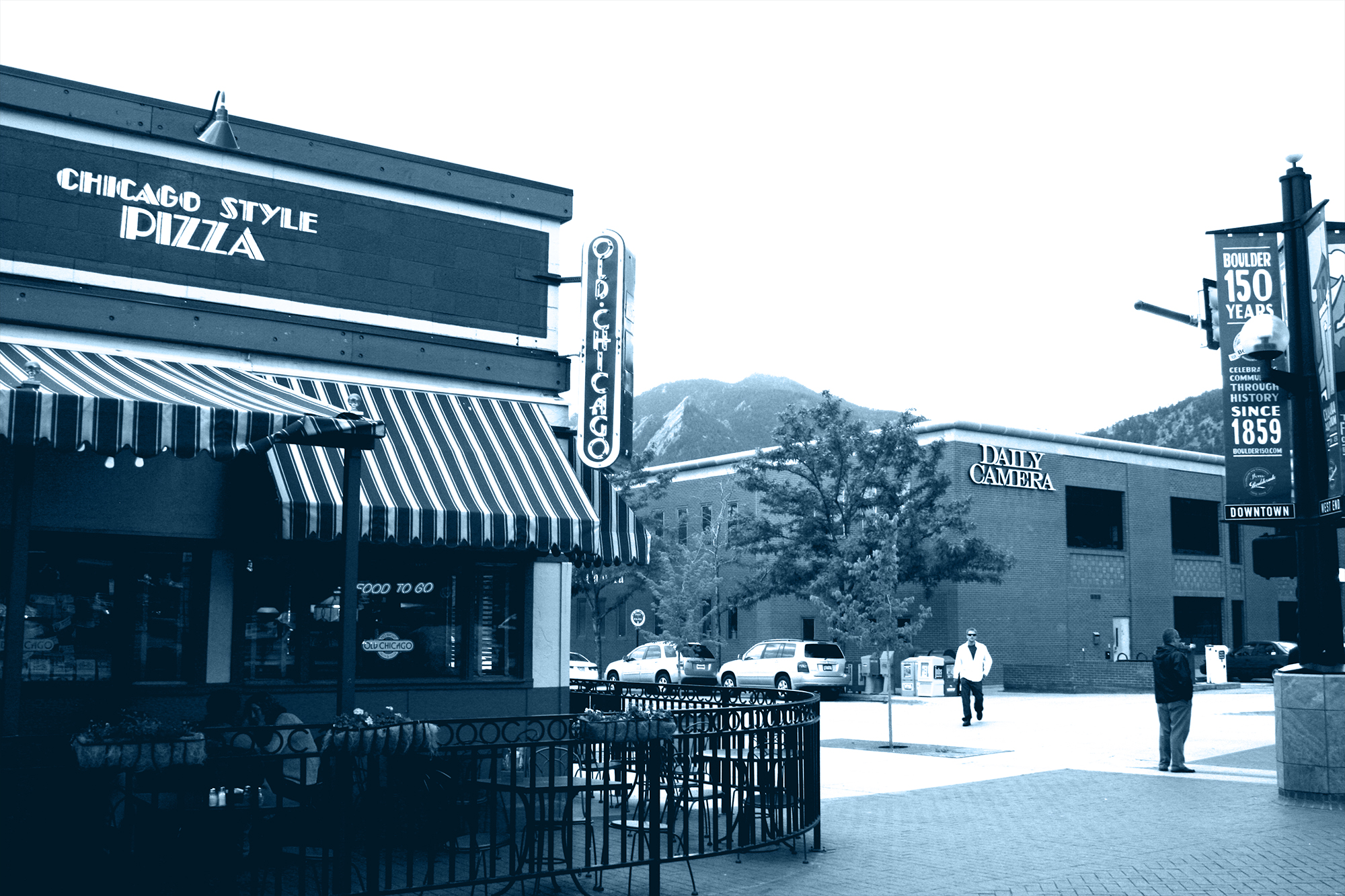 How retail is changing and what it means for Boulder investors

Retail is changing. And several recent restaurant closures would suggest that dining is as well. Here’s a look at some recent transactions around Boulder and their backstories. Many of these changes are part of a broader trend away from big retail and chain restaurants. This post is the first in a multi-part series about the changing landscape.

Boulder’s Old Chicago, the first restaurant in what later became a chain, closed in December 2016 after 41 years on Pearl Street. The owner of the building has plans to raze the one-story restaurant and build a three-story building that will contain retail, restaurant, and office space. The space is across 11th Street from the recently developed Pearl West on the site where the Daily Camera once stood. Interestingly, Eureka restaurant, part of a California-based restaurant chain, anchors the Pearl Street side.

Olive Garden, another chain with a long life cycle in Boulder, closed in 2014 after being in business 20 years. Olive Garden’s closing followed the earlier exits of Chili’s, Applebee’s, and TGI Fridays. Red Robin’s path may shed some light on the question: The restaurant first moved spaces in 2012 to convert to a new, fast casual concept, Burger Works. That concept has now failed and is being converted to another concept in some spots, but others have closed.

At the end of March, Natural Grocers is planning to open in the former Olive Garden location. Meanwhile, homegrown Turley’s, which settled into its current location at 2805 Pearl Street, is up for sale after 40 years in business with the owners saying they are ready for a lighter workload.

On the retail side, Whole Foods closed its Baseline store, one of the stores that Whole Foods took over when it acquired the Wild Oats chain. Whole Foods’ earnings have been down in the past couple of years, as it faces competition from Sprouts and large grocery companies that have begun offering more organic and natural foods. In Boulder, there is even more competition, with Alfafa’s Market, Lucky’s Market and Natural Grocers also competing for a piece of the natural foods pie. The Boulder closing was one of nine nationwide.

Many retail closings are also casualties of a pronounced transition from traditional retail to ecommerce. The closing of Staples is one of 70 being shut down nationwide. American Apparel is closing all its stores nationally. Gap is also in trouble nationwide. For over a decade now, Amazon and other online frontrunners have led the shift towards online shopping. In the past three years, ecommerce has grow by $40 billion annually. Boulder’s retail shift reflects this broader global trend.

Retail is changing, not dying

Retail is changing but it does not mean it is dying. Far from. With its surplus of tech start-ups and an affluent, educated population ready to try to new things, the Boulder market tends to respond enthusiastically to innovative retails concepts. And, as retailers close or downsize nationwide, the city’s longtime resistance to large numbers of big box stores could turn out to be an advantage as retailers try to find new ways to appeal to the public.

Following the closure of the Boulder Café, Capital One opened a café-bank hybrid in the space, which seeks to provide patrons with an experience, rather than a product. With multiple conference rooms and plentiful seating, the café invites patrons to hunker down and work or socialize for extended periods. Meanwhile, kiosks are situated in the center of the café which are staffed by Capital One representatives available to provide banking and credit card services as needed.

Target is test-marketing smaller, curated versions of its larger stores. Anyone who has walked into Boulder’s 28th Street store during the week when students return to the University of Colorado does not doubt that the large-format store has a future here. But a smaller version of Target may work as well. It’s not hard to imagine a retailing behemoth such as Amazon finding a spot for its new brick and mortar stores amid coffee shops and craft breweries.

The bottom line for investors is to understand the local market. When it comes to both restaurants and real estate, Boulder remains a vibrant market, with vacancy rates of 5% or more. But retailers are looking for spaces that support an experiential shopping experience or a dining experience that is intimate and customized.

In our next post, we will further explore how retail is changing through new marketing tactics and sales cycles.

It is BOOM Property’s goal to provide timely and relevant information to those interested in commercial real estate. If you would like our monthly roundup of data, statistics, and real estate trends, click here.